Recently, UCI Graduate Division invited me to give the first virtual talk in the alumni speaker series, “Lessons Learned” (you can watch the recording here).

I wrote this for current and former graduate students but also for anyone who may be seeking resilience in terrible times. I believe that if you can survive a Ph.D., you can survive anything; this Chronicle writer agrees.

Here’s where my Ph.D. journey started:

A collage of my six years of writing.

In 2014, I graduated from UCI with a Ph.D. in Education and listened to President Obama speak at our graduation ceremony.

When I first started my Ph.D., there was a massive recession. I was relieved to go into my academic “shelter,” away from an uncertain world. I didn’t have to worry about losing a job and I was guaranteed funding.

This year, at the beginning of another global recession, I wonder if current graduate students are grateful to duck into that oncoming tidal wave, avoiding much of the crash like I did in 2008. If, however, they’re about to graduate, this year will hurt. I wrote this for my own insight, and for others.

Here is the first lesson I learned on my post-graduate journey:

Sometimes you have to blaze your path in your career.

First, here’s an open secret: I never quite fit in my Ph.D. program. According to my college, I studied the wrong topic, wasn’t interested in quantitative research, and participated too much in campus life.

My most challenging and distracting year was my second one. I had just turned 30 years old and had just broken up with someone I had loved and dated for years.

When I was given a warning letter that the faculty had concerns about my degree progress, this appeared a sign I may have been in the wrong program. I had already begun to feel like an academic black sheep because I wasn’t interested in a Research One faculty job.

Shortly afterward, during our weekly meeting, my advisor suggested I drop out. It felt like my body had turned to ice.

I became an insomniac, uncertain of my future. After a few weeks of immobility, I walked into the student health center and told the doctor, “I think I’m depressed.” She determined that I was clinically depressed and prescribed antidepressants. I also began talk therapy.

Recognizing and treating my depression was one of the many turning points that year. It prompted me to complete my second-year paper, a program benchmark. Another positive change included creating my support, starting with a change of advisors.

My new advisor was Jonathan Alexander, a Professor of English and the Campus Writing Center Director, who provided the guidance I needed. While he concisely critiqued every draft I gave him, he always believed in me.

After my first meeting with Jonathan, I understood a critical fact: I had to ask for the support I needed. I also found support in Leora Fellus, one of the most affirming people I’ve ever met. Bolstered by this support, I actively began leading study and writing groups and connected more with friends in my program.

I also sought a patchwork of mentors.

First, Maria Estela Zarate was a former UCI faculty who now works as Professor in the Ed.D. doctoral program at Cal State Fullerton. Like her, I wanted to work at a CSU, supporting first-generation and other nationally-underrepresented students. And unlike most faculty, she encouraged me to conduct qualitative research.

The second was Leigh Poirier, the Director of the Graduate Resource Center, an exceptional student-serving administrator who also adjunct-taught at a local community college. No one in my department had ever told me about administrative, or any, work beyond being a professor. Yet every week I saw Leigh in the GRC, recognizing the joy in her own career.

The third was Christine Kelly, a leader at UCI’s Career Center who had a Ph.D. and had adopted an administrative position. She continually reminded me that there was a life beyond a tenure-track faculty position.

Third and finally, I designed my own college experience.

How? First, I wanted to have fun! On campus, I helped run the International (Student) Club and served in a couple of key roles for the Associated Graduate Students (AGS). In these positions, I hosted events such as group hikes, a festival of color, a community service day, and an international “One World” concert.

Second, I pursued a teaching-centric experience. I applied for and took positions outside of my department, such as a writing tutor, an ESL teacher, and an international student mentor. I was also selected as a Pedagogical Fellow, training new Ph.D. students to teach.

Even though my department likely viewed these activities as irrelevant distractions, I had to give the Ph.D. my fingerprint.

Later, I recognized that these activities stood out on my resume when I began my job search; it’s never a bad idea to have experience in student affairs; in fact, many administrators did so. Now I’m grateful to my former self.

Here is the second lesson I learned on my professional journey:

Having a graduate degree does not make you overqualified.

When I started looking for jobs, I questioned why anyone would take a chance on me. I had teaching, but no administrative, experience. Regardless, I applied.

I attribute some luck to the fact that my first position, a study abroad coordinator, was offered to me, the candidate with the least experience. Why?

I believe they took a chance on me due to two things: first, my own life experience as an international nomad was a good fit for a study abroad position. And secondly, I had a Ph.D.

Doctorate degrees carry social capital. Thanks to the exceptional book, The Professor is In, I understood why people with Ph.D.s are so valuable:

So if you’re getting a Ph.D. and worry about being overqualified, don’t.

Finally, and this is more of a comment for those of you who are still in your graduate program: your department may tell you: “Only apply for faculty jobs.” Mine did. Don’t worry; most Ph.D.s don’t become professors. Forget the naysayers and visit your university’s graduate and career centers.

Here is the third lesson I learned:

The job search won’t be easy. Make peace with failure.

I often reflect on the first years of my job search. I was employed but wanted to come home to the West Coast. Year after year, I continued applying and improving my resumes.

Sometimes human resource departments never responded. Much like dating, I had the uncomfortable feeling of being “ghosted” – left in absolute silence by an employer.

Like the writer Kim Liao, I aimed for 100 rejections per year. If I was going to be rejected, I wanted to do so spectacularly. Rejection emails became digital badges of honor.

Now I recognize those multiple failures as learning opportunities. Each “no” encouraged me to work towards my first (or next) “yes.” Which job type was I getting ghosted on? Which job type was a better fit? Who was interviewing me the most?

And after sending out over 100 applications, I received two excellent job offers within one week of each other.

Now, when new graduates ask me why they aren’t getting any responses, I reply “how many have you sent?” [When I gave this talk, most graduate students responded that they had applied to fewer than 20 jobs]

The job search isn’t easy, but making peace with failure is an active choice.

Finally, here is a final lesson I learned:

Sometimes you have to leave home to come back to it.

When I graduated, I made a difficult decision to move to rural Texas. Why? The position was exactly what I needed for my next step. Besides, the university offering my job would sponsor my work visa. As an international student, this was almost as important as the job itself.

Every weekend I could, I would fly back to visit California, as I did during my first Thanksgiving.

A green card, two and a half years, and over 100 job applications later, I was offered a position at Cal State LA. That was one of the happiest days ever.

UCI graduate students live in California, arguably the most desirable state in the country. That affects the job search. I have known many excellent scholars who have struggled to find work because their search was limited to a 100-mile radius.

Now I recognize that we need to be flexible about our career path. And sometimes that means building a resume elsewhere before returning home.

One day, the hiring will continue its usual hum. In the meantime, I hope that this talk will inspire you to adopt the trailblazer’s spirit; always forward, even if the path looks a little different than expected. 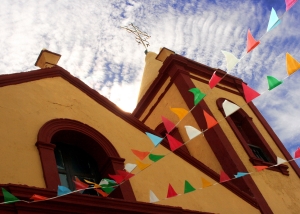 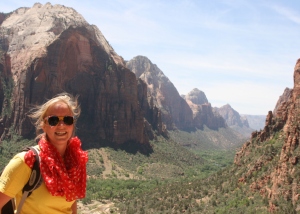